In eight illustrations I dealt with the essential steps of the path to enlightenment of Hermann Hesse's character "Siddhartha".

The used technique is xylographic print on semitransparent rice paper, which was laid over an arrangement of pages of the Italian edition.
Made during the winter semester 2013/2014 in the Fine Arts Academy of Bologna (course "Xilografia"). 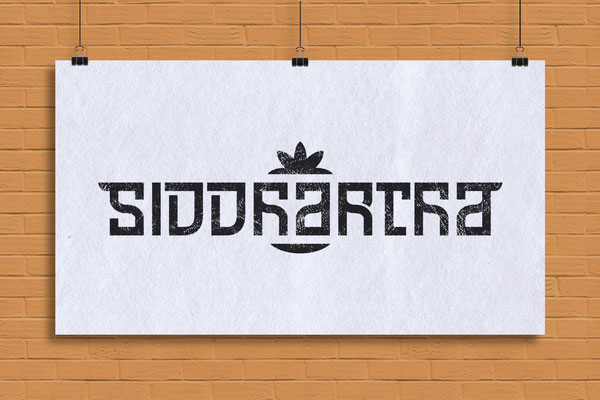 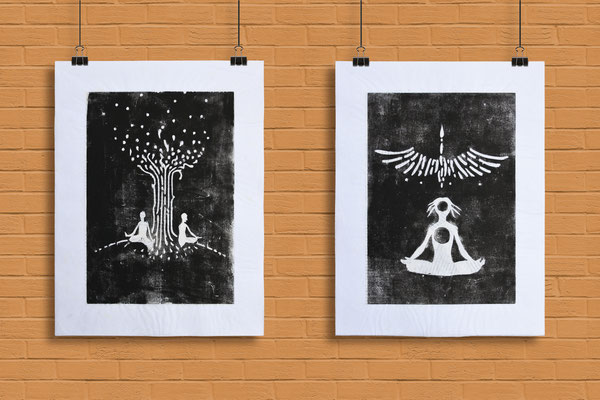 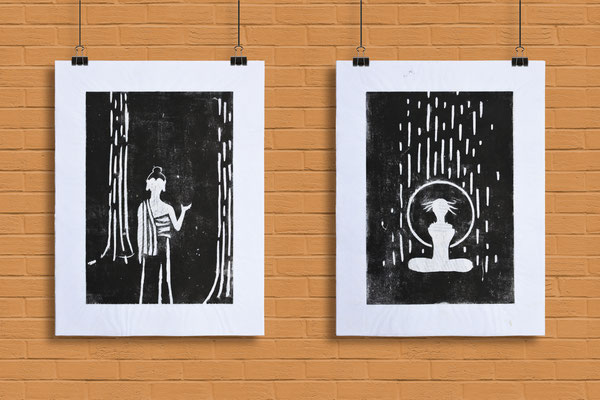 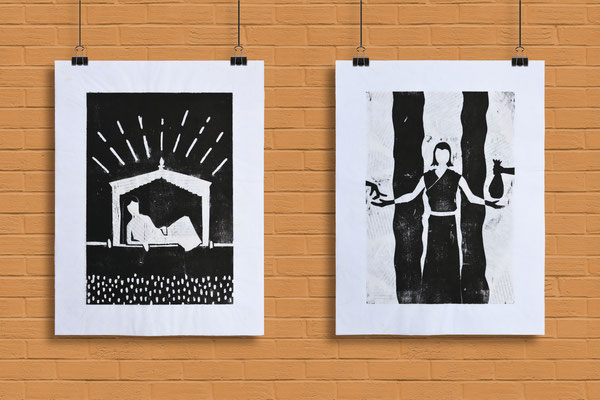 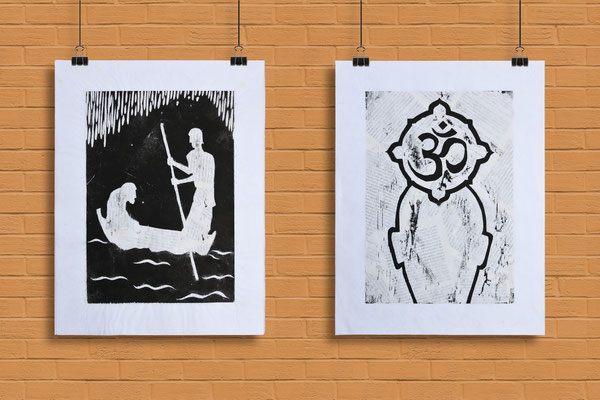 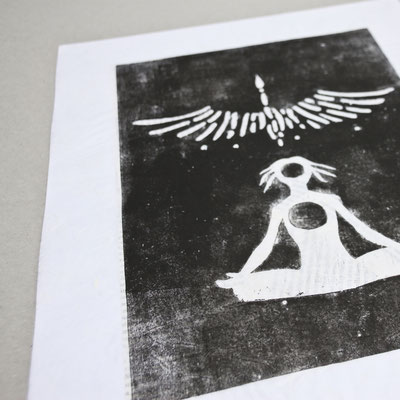 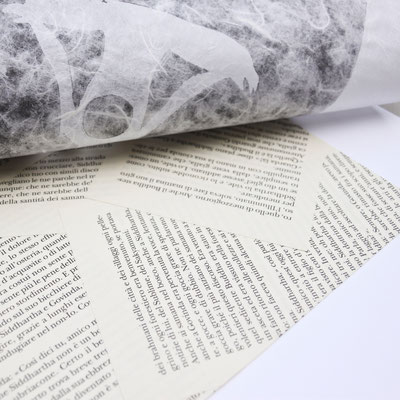 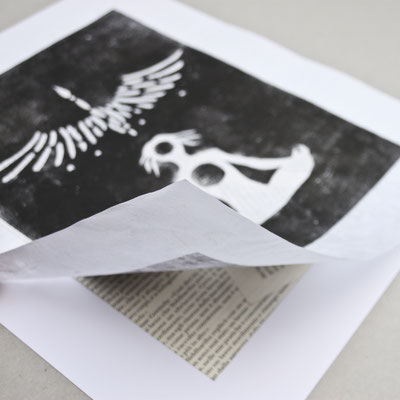