"Yaoyotl" means "war" in Nahuatl, the language of the Aztecs. To create a new version of the French playing cards, I took inspiration from their culture, myths and graphics, which were handed down in several codices of the colonial era.

The traditional suits (colors and symbols) were replaced and adjusted to the new concept. 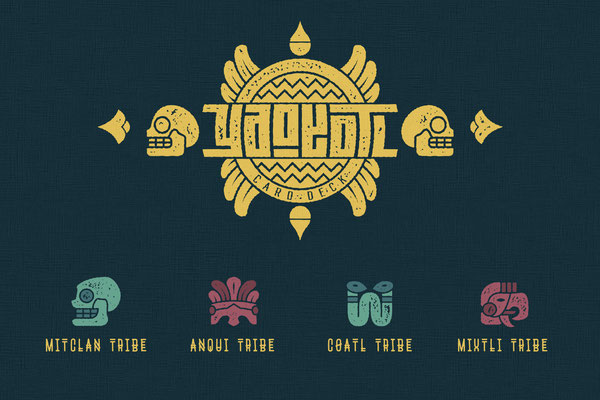 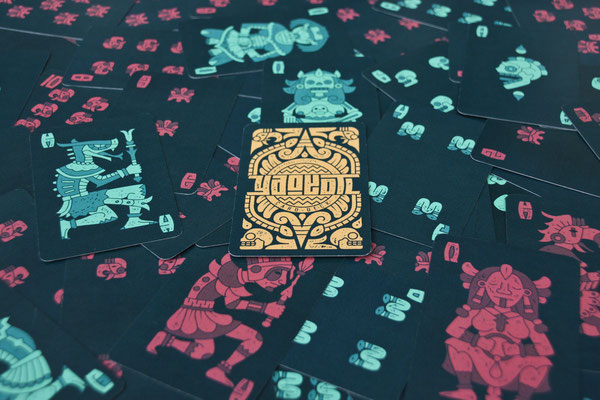 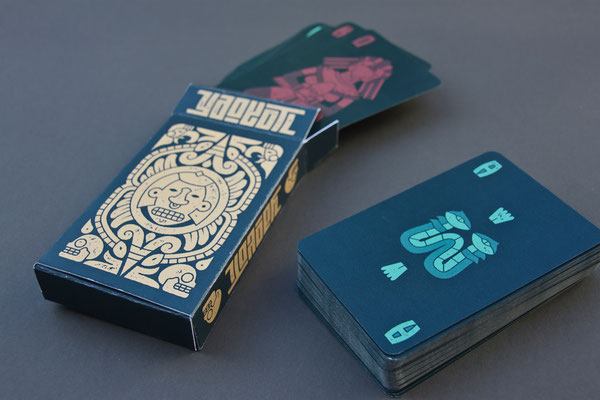 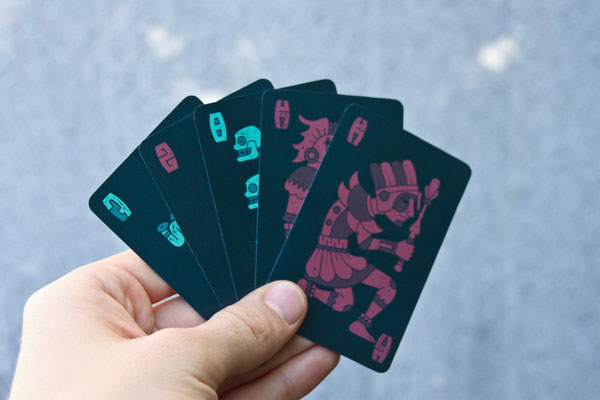 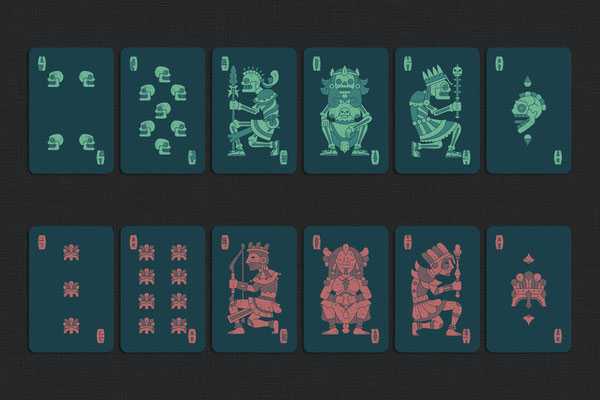 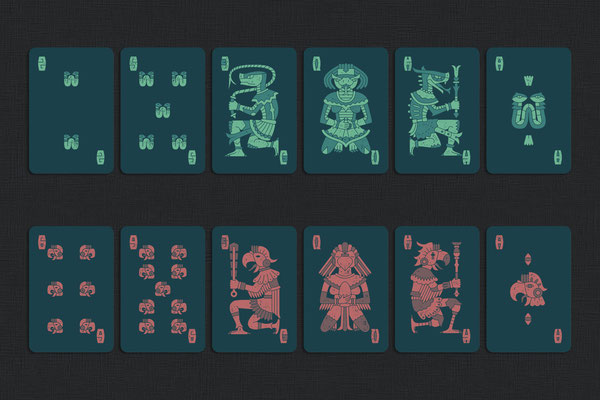